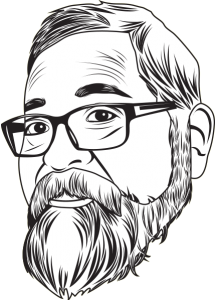 Greetings fellow craft beer drinkers, my name is Robert Flores, some call me The Butcher since I have been a meatcutter for the last 43 years. In January of 2016 Gustavo Arellano, former editor of OC Weekly asked me to start writing about craft beer in Orange County, I was already Instagramming all my exploits in breweries and brewpubs around town so I said, Sure, why not. The craft beer scene has since exploded, I’ve been to The Great American Beer Festival the last 2 years, Ensenada Beer Fest the last 3 years, I was a judge at Coldchela 2018 the largest Latino Home Brew Fest in the Universe and basically covered every brewery in Orange County, some in Long Beach, a few in Downtown Los Angeles, Temecula, Tijuana, Rosarito, going to get to the Inland Empire soon.

Writing for the OC Weekly was  a great experience but now it’s time to venture on my own, besides beer reviews I will be doing interviews, more Baja beer reviews, food reviews and I will cover the home brewing world. Oh, expect some coffee reviews too, I’m a #coffeesnob! Please get @ me @ bobby@bobbyknowsbeer.com I love to see some feedback, let’s meet up for some beer talk. Honored to have Gustavo Arellano as my editor and Dustin Ames as my WebMaster.

With GABF coming up next month I will be going around to see what our local breweries are going to enter to try to win some Bling! Orange County represented well at the World Beer Cup this year so let’s cheer on our favorite brewmasters! Cheers! BobbyKnowsBeer🍻